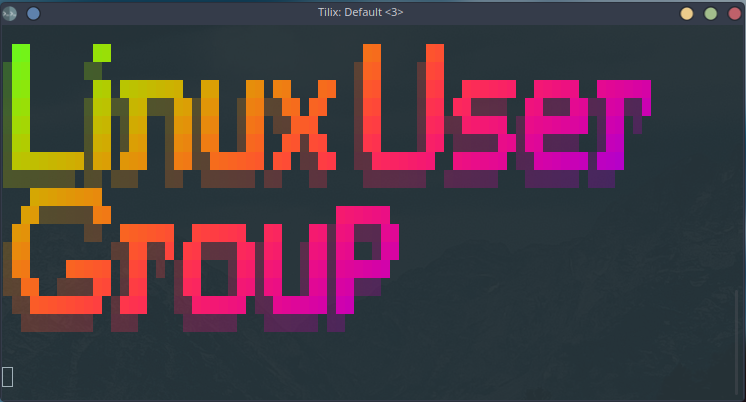 Mississauga LUG is a group of Linux users that meet once a month in a pub in Mississauga to share a beer, exchange information and talk just about anything.

We welcome everyone, from the new user to the Linux veteran, including any other Unix-like OS user.

Feel free to bring your laptop or any questions you may have. We’ll be more than glad to help you.

Mississauga LUG, originally known as MUMU (Mississauga Ubuntu MeetUp), started in September 2008 with a group of Ubuntu users that were looking to meet in the Mississauga area. The group wanted a laid back type of meeting, without an agenda, where users could come and talk about anything and everything and not just Linux (hence why a meet up, and not an official LUG).

For the first two years the meetings were held at Mulligan’s Pub and Grill at Dundas and Erin Mills area. And around January 2011 the meetings moved to Shoeless Joe’s at Meadowvale Town Center as most of the members lived in that area.

During the initial phase we advertised the meetings via Ubuntu’s Wiki, Forum and the CA mailing list. The Wiki has been kept the same since August 2009, with exception of the name, so you can check it to see some of the notes from them. At some point after the first few meetings a Yahoo groups page was also created, which allowed users to register and ask questions, as well access to a mailing list.

Around August 2010, and after much talk between the members, Michael registered the group as an official LUG. A domain name was voted via a poll between the members and a template layout picked during one of our meetings. And only a couple of years later, (Halloween 2012 to be more exact), the site was finally created.